On November 30th, 24 years ago, I became a mother for the second time.

There’s no denying 24 is a strange time in ones life; I know it was for me. And although you don’t have two kids like I did (thank God) I’m guessing you’re finding yourself in this state as well. Trust me, I get it.

My guess is that you’re finding yourself in that “in between” stage. The one in which You’re definitely an adult, with all of the rights and responsibilities of one, but you still have the energy and mindset of a teenager.

This certainly isn’t 20 when you’re “almost” legal, or 21 when you’re “really legal” and ordering a drink at dinner (or anytime actually) is not only allowed but perfectly acceptable.

You’re not 22 when you finally graduated college and got your dream job (or what you thought was your dream job), or 23 when you quit that job to find something better. It’s freakin’ 24!!!

In my usual fashion, here are the words of wisdom from someone who was once 24 and has been right where you’re at – only with two kids in tow.

1. You’re getting older. And so are we. As are your grandparents. We’re not gonna be around forever. So as much as I admire this new found independence you have; PLEASE make some time for family too.

2. You’ve probably reached a “zero effs given” mentality. Wanna pierce your nose? Do it. Want to shave your head? Go right ahead! Want to leave and backpack the world for six months. BYE. Just make sure you can still make rent next month. And that you’re health insurance is up to date. You know how accident prone you are.

3. It’s ok to use “I’m too old to be doing/saying/acting…..” as a reason to stop yourself from doing/acting/saying things you don’t want to or shouldn’t do. As much as you don’t want to admit it, you probably are. Maturity isn’t a bad thing. Now I’m not saying you’re super old and your youth isn’t something to hold onto as long as possible, I’m just saying whatever you do or say will probably be used against you in the future.. probably in a job interview for your REAL dream job. So think wisely about what you put out there for all the world to see.

4. On that note, you might want to consider cutting back on some of the social media accounts and spend a tiny bit more time updating your LinkedIN. As ridiculous as this may sound, you’re just going to have to trust me on this one.

5. While you now have a steady income and can probably afford to splurge; DON’T! Your credit is more important than ever. Refrain as much as you can. Credit cards are REALLY only for emergencies. And no, a night on the square a week before payday isn’t considered an emergency, but food and gas most certainly are. I speak from experience on this one.

6. Learn to balance you’re work and social life. There are times when calling in sick for a concert is not only acceptable but essential to your quality of life. The secret is knowing when. If you use up all your hours at ACL then accept the fact that Coachella isn’t gonna happen for you this year and that you’re probably going to have to go in even on the days you really do feel like crap. Don’t forget the financial part. Without that job, EVERYTHING is out.

7. Appreciate the people in your life. All of them. Even the ones you wish weren’t there; certain Co- workers, your boss, etc. A few years from now you’ll realize what an important role they played in shaping who you became.

8. While I’ve always admired the enormous amount of friends you have always had it might be time to weed some of them out. Between work and home responsibilities; a little me-time is more important than ever. If ALL of these people are so important to you that you just can’t fathom the thought of EVER turning one of them away, then learn how to prioritize your time. A REAL friend will understand.

That’s it! I do hope you enjoyed your day. It was really hard not to spend it with you but one of the things I need to accept is that your life is your own and your home isn’t with me anymore. I promise I’m trying… and I didn’t cry as long as I usually do so I think I’m finally becoming a grown up too! You’re welcome.😊❤️🎁

Mama loves you to the moon and back. Always have, always will. 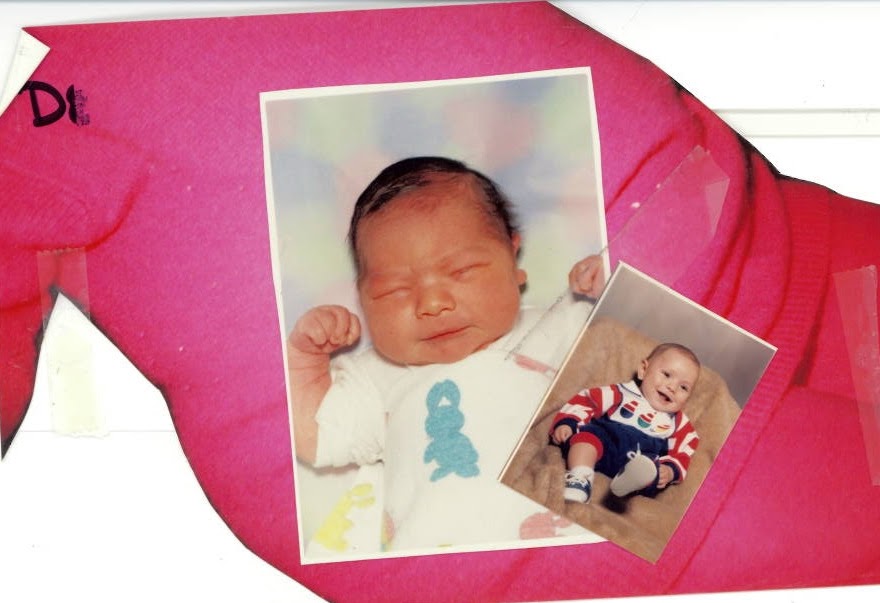 24 years old! How did this happen? Just the other day your dad and I were out buying you a Emmitt Smith jersey just praying you’d be a boy.. and now you are a MAN.
In moms usual fashion – I HAVE to give you my Words of Wisdom – although you have always marched to the beat of your own drum, I CANT let this opportunity go by.. so here goes..

even if it doesn’t seem practical to any of us… life isn’t supposed to be “practical”, it’s supposed to be LIVED. But keep SOME sense of reality in your mind. You do need to eat.

People will always try to tell you what you should do with your life; Yes, we all know I am guilty of that too. Sometimes it’s based on what we wish we could have done, sometimes it’s based on what we did do, and sometimes we simply want to live vicariously through you, but ALL of it comes from what we want FOR you and I promise that it is ALWAYS done out of love. But remember that you’re the one who will have to live with those decisions, so if you are being pushed to go to, say law school, for example, when all you really want to do is play that guitar of yours, then do it. (I promise I will only cry for a little while.) Bottom line, listen to your heart. It ALWAYS knows best.

Making lots of money isn’t the point, but neither is it evil.

It would be wonderful if money solved everything, but all it takes is a quick look at the news feeds to see that those who ‘have everything’ also have whole worlds of trouble that you don’t. Follow your dreams and don’t be a slave to the dollar, but also don’t let yourself stay poor. We can’t afford to support your spending habits much longer…. dad and I have dreams too!

Continue to have those outrageous dreams of yours but be prepared to put in the work. You’ll be amazed at what comes true when you do.

Failure is not fatal. Learn the lessons, then get back up and try again. Whatever you do, don’t give up. It’s a waste of energy.

You are unique and have your own gifts to offer the world. Be you… YOU are the one we love and we love you just the way you are…

Wishing you an AMAZING Birthday and loving you to the moon and back!